It’s the hip hop happenin’ thing, so I figured I would throw my hat into the ring with my own list of 10 things every child (in my house) needs to hear (CONSTANTLY.) If you’re looking for a deep and meaningful list, there are plenty out there and I don’t really want to beat a dead horse. However, if you’d like to grab a cup of coffee and some head-shaking empathy, I’m here for you. 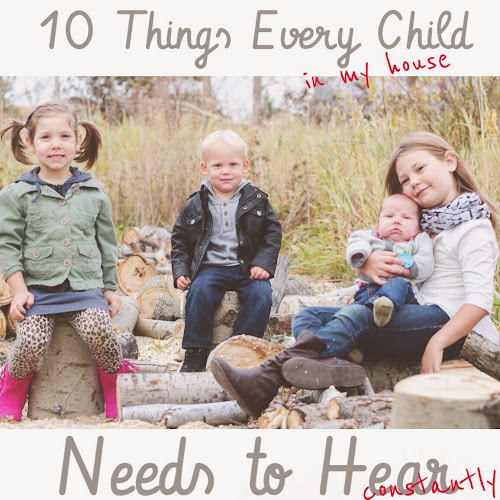 above photo is by Melanie Reimer

(I’m assuming it’s clear here that I’m being tongue in cheek, but just in case this disclaimer is necessary, I love my children to bits and I am eternally optimistic that they will someday grow up to be kind, thoughtful, witty, and productive members of society. Hopefully all of those in one, but I’ll settle for one of each too, as long as the productive one can afford to pay someone nice to change my diapers some day. Y’all owe me, I’ve seen some things.)

2 thoughts on “10 Things Every Child Needs to Hear”

In some ways, nobody special. But also, I’m a Child of God through grace and by no merit of my own, and isn’t that amazing! To learn a bit more about my family and myself, click the About Me page link above. I do a lot of microblogging on Instagram, linked directly above in the icons.